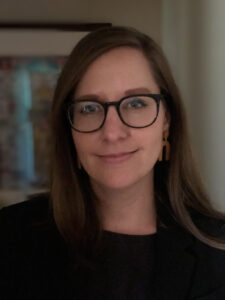 “I am so honored to be on the team at Marin CASA and to join in the incredible work of the Marin CASA staff, board, and volunteers.  CASAs are able to bring warmth, consistency and justice to a family who is experiencing trauma and loss. They are able to build on strengths already present in the family and young person to support them in their healing. There is nothing more powerful than a loving, supportive community who shows up for each other. I am so grateful for the community at Marin CASA and the work they do on behalf of children and families in Marin County. “

The board of directors of Marin CASA is excited to share that Maegan Mattock has joined Marin CASA as the new Executive Director.

For the last six years, Maegan has been part of the team at CASA of Los Angeles. She started in 2015 as an advocate supervisor, supporting CASAs in their advocacy efforts and moved up through several roles, including advocacy team manager and director of advocacy. Most recently, Maegan served as Chief Program Officer, overseeing CASA/LA’s program operations. Maegan is extremely proud of the work done at CASA/LA and has played a role in growing CASA/LA’s volunteer base to nearly 1,000 CASAs and serving over 1,300 young people. Maegan has also led CASA/LA’s most recent strategic planning, expansion of data and evaluation efforts, and the development of three new programmatic areas.

Prior to CASA/LA, Maegan had already been immersed in the world of advocacy for children and families. She was a social worker with the Los Angeles Department of Children and Family Services and with the Los Angeles Center for Law and Justice. In both these roles, Maegan supported families impacted by systemic injustices, racism, poverty and violence.

Maegan earned a bachelor’s of science in psychology from the University of California, San Diego. She also earned a masters of social welfare (social work) from the University of California, Los Angeles, where her studies focused on child welfare and community organizing. In recognition of her student work to highlight racial injustices within the social work field, Maegan was awarded the Marjorie Hays Fertig and Ralph D. Fertig Fellowship in Social Justice.

Maegan can be reached here.